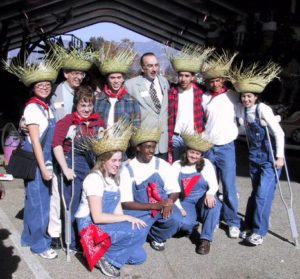 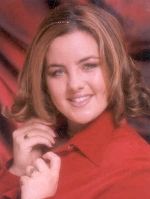 Nicole Briguglio – Nicole is 17 years old and is a Senior at St. Lucy’s High School in Glendora, California. She is a member of the Science Club and Amnesty International.
Nicole was a charter member in the unsuccessful attempt of organize an Interact Club on the campus of St. Lucy.

Nicole attended the Interact Symposium and participated in R.Y.L.A., as well as volunteered to be a counselor at TLC and R.Y.L.A. 2001.

Besides being in the Honor’s Program at St. Lucy’s she works part-time at the Best Western Hotel as a Sales Coordinator. Nicole will be attending college and aspires to an attorney some day. 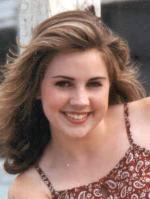 Alicia LeAnne Kelly – Alicia is 17 years old and a Senior at Livermore High School in Livermore, California. She is Co-president of the Interact Club, a Captain of the Livermore High School Colorguard Team, and an Honor Student.
Alicia had the opportunity to serve as an Associated Student Body Officer and was on the JV soccer team.

For the past 5 years Alicia has participated and assisted in organizing food, clothing and toy drives for the community during the holidays. Her hobbies are reading, acting, sewing, dancing, movies and meeting people.

Alicia hopes to attend Cal Poly in the fall of 2001 to study chemistry with a minor in foreign language. Her dream is to be a biochemist. 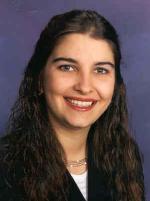 Amanda Kay Johnson – Amanda graduated from Herschel V. Jenkins High School in Savannah, Georgia. She attended Armstrong Atlantic University in Savannah and transferred to Georgia State University where she graduated Summa Cum Laude in August 2000 with a 4.0 GPA, and is presently doing graduate work at Georgia State University as well a working full time for Marsh, Inc., Insurance Brokers.
In 11th grade she represented Savannah South Rotary in the RYLA program. During the summer of her senior year at high school she represented Savannah South Rotary as a Youth Exchange Student to Scotland. She has been awarded an Ambassadorial Scholarship and will be studying at Queensland University in Brisbane, Australia. She will begin her studies in February, 2001. She is the first recipient of the Gill Tharp Ambassadorial Scholarship, a named scholarship established four years ago. 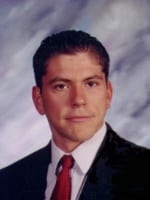 Marco Antonio Shepherd – Marco is currently attending Big Bear High School in Southern California where he has many friends, enjoys an active social life and is excelling in his studies. He wishes to attend film school and move to Hollywood to produce motion pictures. Marco is a certified snowboarding instructor. He also teaches wake boarding and waterskiing during the summer. 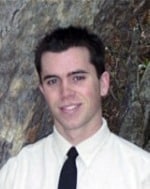 Dan C. Massie – Dan graduated with honors from Santa Ynez Valley Union High School, California in 1997. He is currently a senior at California Polytechnic State University, San Luis Obispo. He is a web designer, aerospace engineering intern, and full-time student.
In high school, Dan attended the Rotary Youth Leadership Awards and gained valuable leadership experience. He remains friends with several of the people he met during his RYLA experience. Dan continues to build upon his leadership skills with his involvement in school organizations. 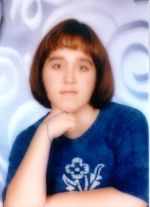 Rachel A. Morgan – Fifteen-year-old Rachel is described by many as having the tenacity to overcome. Though she suffers from two rare illnesses, Rachel is always on the go. She is an honor student, a distinguished speaker recognized by several different organizations at the district level, a People to People International Ambassador, a published author, and an advocate for disabled children. Rachel is currently trying to charter an Interact Club at Chatsworth High school where she is a sophomore.
Rachel enjoys playing flute and piccolo as a member of several local orchestral ensembles and her high school orchestra and band as well as studying immunology in hopes of finding out what causes her illnesses.

She hopes to one day major in international studies and law while working within the community on a fledgling organization that she is founding to provide pen pals for children with disabilities.

Rachel attended RYLA 2000 on crutches but refused to let that get her down. She later spoke about her experiences as a disabled student at the district conference. 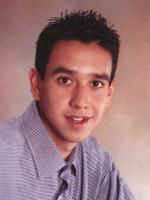 Humberto Hernandez – Humberto was born in Mexico and moved to the United States with his family when he was three years old. He is 17 years old and second youngest of five boys in the family.
He has have been involved in many activities at Clovis High School. In athletics, he is on the cross-country team and pole-vaults during the track season. He was Junior Class Vice President and is currently the Senior Class President. He volunteers at the local elementary school and is a mentor to a freshman his high school.

Club memberships include Stage 71, 2001, and Azteca. He was a nominee to Boys State. The Clovis Rotary Club recognized him as one of the Top 100 students in the Clovis Unified School District.

Humberto attended Camp Royal at Lake Sequoia in the summer of 2000. He works part time at Baskin Robbins/Togo’s and plans to attend Fresno State College and major in business. 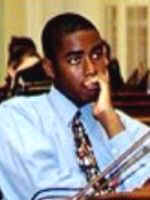 Roderick Brown – Roderick is a 18-year-old freshman at California State University at Dominguez Hills in Carson California.
At Gardena High School he was President of the Interact Club and with the help of the Interact Board Members, chartered a successful Youth-Act club. He was also a member of the Golf Club and the Business Academy. During his years at Gardena High he was involved in the Youth and Government YMCA program were he was elected Bill Sponsor and Assemblyman in two consecutive years. He graduated with honors from high school.

As a college freshman and with the help of a friend, he has successfully chartered a new Rotaract Club at California State University at Dominguez Hills where he is Vice President

Roderick hopes to enter politics or to become a business professional. 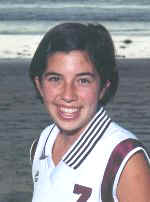 Katherine Marie Butler – Katie was born in Tucson, Arizona to a Navy family and moved to San Diego when she was five. Since her early youth she has always excelled in school, sports and leadership. She was president of her elementary school as a sixth grader. Currently Katie touts a 4.38 cumulative GPA and has been recognized by the National Honor Society and the Who’s Who of high school students in America.

Katie’s first involvement with Rotary came at Earl Warren Junior High when she was 12. After serving as community service chairperson she became president of the Earl Warren Interact Club with growing it to over 200 members.

She then took her leadership experience to Torrey Pines High in the fall of 1998 and served as community service committee chair. In the fall of 1999 she took over as president of the Torrey Pines Interact Club. In the summer of 1999 Katie had the privilege of joining other youth for a 2-week Rotary youth exchange in southern Germany. Other Rotary activities she has participated include Interact symposium, The 4-way speech contest and countless service projects. 2001 will be the third year that Katie has hosted Rotary Summer Camp Youth Exchange students from Europe.

This coming year Katie has been invited to speak at the District 5340 Conference, invited to attend R.Y.L.A. and will be presenting at the Rotary International Pre-Convention Conference in San Antonio Texas.

Katie plays Varsity field hockey and lacrosse for her high school. She was recognized as most valuable offensive player for 1999 as a sophomore, as the Falcon Award winner (team spirit) for 2000 as a junior, and also as a countywide player of the week all for her field hockey team. Katie is in her second year coaching field hockey at Carmel Valley Junior High.

Katie’s other interests include, volunteering at church, girl scouts (achieving the Silver Award), spending time with her friends, traveling, and playing the guitar. 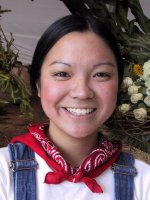 Mai Francoise Ngo – Mai is currently a Junior at the University of California, at Los Angeles studying Political Science. Upon graduation, she hopes to attend law school to work her way into the field of politics.
She graduated from Irvine High School in 1998, after serving as class Secretary/ Treasurer for two years, and then Student Body Treasurer and President.

In 1997, she attended the RYLA conference as a delegate, returned the following year as a Counselor, and then came back as a T.A. in 1999.