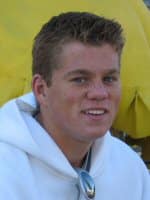 Nathan Welch is an involved teenager with many interests. He attends Los Alamitos High School where he is in his second year as a member of the Interact Club. Nathan attended District 5300’s Teen Leadership Camp in the 8th grade, and hopes to attend RYLA (Rotary Youth Leadership Awards) next year. He received his second Scholar Athlete Award for water polo and has also been nominated for the Hoby Award. Nathan sings with the men’s show choir and is looking forward to adding the concert choir to his schedule. He is at Life rank in the Boy Scouts and will begin his Eagle project this month. Nathan has also reached the Black Belt level in martial arts having studied for 10 years. Just for fun Nathan enjoys snowboarding and wakeboarding, snow and water skiing, motorcycle riding and rock climbing. He has recently taken up kite-surfing and while attending the Rotary International Convention in Australia, with his family, found time to go scuba diving on the Great Barrier Reef. Nathan has attended 3 previous Rotary International Conventions and will be traveling to Osaka, Japan in May 2004 for his 4th convention. 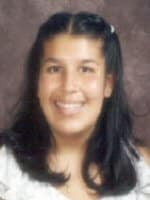 Samanta Salmas attends Big Bear High School in California and will graduate in 2004. After graduation she would like to attend North-West College in Pasadena and study dentistry. She has been a member of Interact for four years and has served on the Interact Board as International Chairman and is currently President of the Club. In addition, she is Senior A.S.B. Secretary. During her Junior year she served on the Prom Committee. Other activities include membership in the California Scholarship Foundation, and Science Field Club. She has participated in Big Bear Valley community projects including: Family Fun Night, Lake Shore Clean-Up, 4th of July, Old Miners Parade, Antique Car Show and Senior Citizens Dance.. 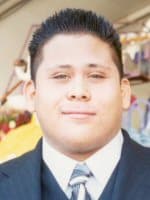 Robert Avoleuan is a student at El Camino Real High School in Woodland Hills, California and will graduate in 2004. He works for Metropolitan Marketing as a cashier with additional duties of cooking and cleaning. He is active in his community and been involved in the Calabasas Pumpkin Festival, Braille Institution, the Door of Faith Orphanage, the Valley Cultural Center, Concerts in the Park, RYLA, the Interact Symposium, Arts Fair and Camp Griffo. He received a $259 scholarship from the Rotary Club of Woodland Hills in appreciation and recognition of his exemplary service to the community and the schools. He would like to attend California State University at Los Angeles or the University of California at Santa Barbara after graduation. 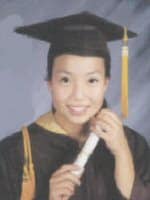 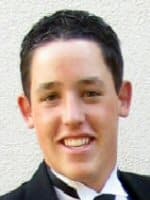 Dan Richards is a Junior at Newbury Park High School in Newbury Park, California. He is involved in many activities in and outside of school ranging from student government, soccer, volunteering at the local hospital to coaching your soccer and basketball teams within the community. Dan was named “Citizen of the Year” in 1999 by the Rotary Club of Thousand Oaks, California. He is an extremely active member of the Newbury Park High School Interact Club. Part of Dan’s extended schedule of volunteering works comes from working at the hospital, free clinic, coaching, building houses in Mexico and several other Interact based projects. Dan’s goal is to be an Emergency Room Doctor. 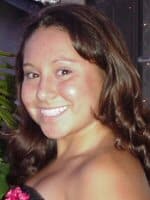 Jackie graduated in 2003, from John W. North High School in Riverside. She studied in the International Baccalaureate program and graduated with a 4.15 GPA. She was President of Interact that is sponsored by the Riverside East Rotary Club and President of the Junior Statesmen of America. Throughout high school, Jackie Volunteered over 1300 hours to various causes within the community.
Jackie’s goal is to become an elementary school teacher or lobbyist to help children with special needs. Jackie, who has personally overcome struggles with Tourette’s Syndrome, feels that she can help others overcome their obstacles and challenges in life.

Marlo Barron attends Palo Verde High School is Blythe, California and will graduate in June, 2004. She has maintained a 4.0+ GPA during he entire High School tenure and is a member of the National Honor Society. Marlo received honors in Biology, Spanish, Reading and Writing on the Golden State Exams. Other recognition includes membership in the California Scholastic Federation, Girl’s State-Candidate Alternate, COSMOS Summer programs from students gifted in Science and Mathematics at UC Santa Cruz, California Governor’s Scholar Award, Palo Verde High School Top Ten, and National Physical Fitness Award. She is currently enrolled in Advance Placement Physics, Civics, Calculus along with Core Classes.
Marlo is active in the Junior ROTC program and has won numerous awards and participates in many clubs and organizations. Employment includes the Blythe Sizzler Restaurant, University of California Cooperative Extension Service-Lab Tech, Palo Verde Irrigation District-Summer Job, and Life Guard for the City of Blythe.