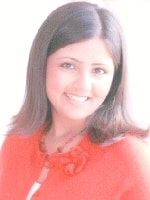 Neha is a senior at Highland High School in Bakersfield, California. Over the past four years, Neha has been extremely active in her school and community .She currently holds a 4.4 GPA and is ranked #4 in her class. She is secretary of the ASB, President of the Interact Club, Vice President of the Chamber Choir, Captain of the MockTrial team, and Co-Captain of the Girls Varsity Tennis Team. Through Rotary and Interact, Neha attended R YLA and has organized a number of service projects including the annual Breast Cancer Awareness Coin Drive. This fundraiser allowed the Highland Interact Club to raise $1,100 dollars for Breast Cancer Awareness. She has been an active Girl Scout for 12 years and has earned the Silver Award. Neha hopes to attend Stanford or UC Berkeley, major in Political Science and eventually pursue a career in law. Neha would like to thank Mike Griffin and the Rotary Club of Bakersfield East for giving her such an amazing opportunity. 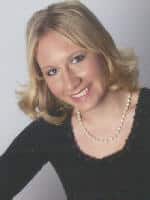 Christina is a senior at El Segundo High School where she has been very active, both at school and in her community.

She has been an active member in several clubs, including; Interact for 3 years, Fellowship of Christian Athletes I year, and the California Scholarship Federation 4 years, holding the positions of Secretary and Ambassador. In Interact, Christina has been an active member since her sophomore year, and regularly attends the meetings at lunch, as well as participates in as many activities has she can. Though she has fun being with her fellow Interacters, she has a particular interest in community service, and enjoys the many activities and projects, both local and international, To be chosen to ride on the Float, Christina wrote an essay on the topic of the “Rotary Family Tree,” which was read to the El Segundo Rotary and Interact Clubs.

Other awards and activities include; the Presidents Award for Academic Excellence, Who’s Who Among American High School Students 2003, National Honor Roll 2003 and 2004, HOBY Ambassador, Principals Honor Roll, Student Government, WASC Committee, International Economic Summit participant, Optimist Speech Finalist, and Boy’s Water Polo Stats. She has played Water Polo for four years and lettered. She has also been on the Swim Team for three years, lettered and received the 100% Award. She also teaches Sunday School at her church. 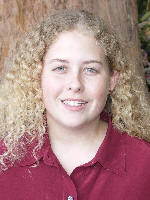 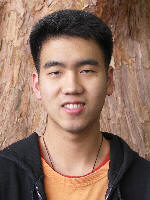 John is a senior at University High School in Irvine, California. He came from Korea five years ago and is a permanent resident of the United States. He has been the Assistant Youth Governor of District 5320 and President of the Interact Club at his high school.

In addition, he is an Eagle Scout, President of Church Youth Council, President of Legion of Mary. Immaculate Heart of Mary Praesidium and Lead guitarist of the SEAS church band 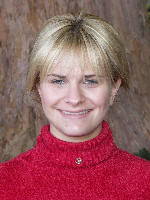 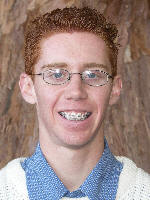 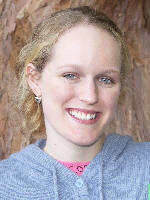 Caitlin lives in La Mesa, California and attends Grossmont High School. She is the President of the Interact Club this year. She has been recognized as a 2004 Presidential Freedom Scholarship recipient, Who’s Who Among Americal High School Studens 2002-2004, Outstanding Student of America 2004, Principal’s Honor Roll and CSF. She is a Junior Volunteer at Grossmont Hospital where she has contributed over 500 hours to date. She is a member of the La Mesa City Youth Advisorv Board to the City Council for the 2003-2005 term She is a Senior Girl Scout working toward her Gold Award and an Assistant Cadette Girl Scout leader. She traveled last summer with Girl Scouts and Outward Bound through the Costa Rican Rainforest. Other recognitions include RYLA 2004, Hometown Hero 2004 at the San Diego County Fair, Mother Goose Parade Princess 2002, Girl Scout Silver Award 2001, Red Robe Choir 2002-2003, Year Book Photographer/Writer 2003-2004, Foothillers Newspaper Writer 2004-2005, JV Basketball 2001-2003, Lettered in Varsity Track High Jump 2002-2004 and competitive Tap Dancing groups 1992-2003. She was a Runway Model for two charity benefit shows in the summer of 2004. She has volunteered with Operation Stand Down 2003 for Homeless Military Veterans, ElderHelp, and CPR Saturday, Ronald McDonald House/Children’s Hospital, People for Trees. For the Victims of the October 2003 fires she worked with Volunteer San Diego filling sand bags and with Girl Scouts to organize and assist in the “My Sister’s Closet” events which replaced cherished Girl Scout items lost in the fires. She is also active in her school clubs Best Buddies, Link Crew, French Club and Pep Squad. Caitlin works part-time during school vacations at the Sidney Kimmel Cancer Center as a tumor bank assistant. This past summer she volunteered with a Prostate Cancer Research Study organized by UCSD. Caitlin is planning to enter college in the fall and major in Psychology/Pre-Med. Caitlin has hosted several High School foreign exchange students and following the parade will greet her 6th one that evening. Caitlin feels that one of her most satisfying achievements is to lead and organize her peers to regularly participate in community service.