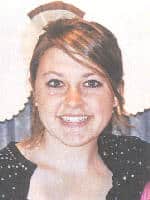 Sophie lives in a community on the Central Coast of California and attends a high school with about 300 and enjoys the small community atmosphere. She is involved in student leadership at her high school and is involved is several clubs, including, FBLA, California Scholastic Federation, American Field Service, Drama, Environmental and Interact.

For 35 years her parents have been commercial fishermen in Alaska and she enjoys migrating north each summer each summer with her family. The Alaska wilderness is especially important to her and she hopes to enter a field of study on conservation of our natural resources and wildlife. She plans to apply to UC Berkeley, UCLA and the University of Washington. 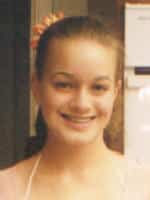 Chiara attends high school in the San Fernando Valley in the Los Angeles metropolitan area. She is a member of the Interact Club at her high school and has a 100% attendance record.

Rotary has played a significant role in her life and both of her parents are Rotarians. Her father is a Past District Governor. When Chiara thinks of Rotary, she thinks about people willing to make a difference in society and help those in need. 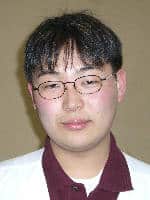 Andrew is a high school senior in the South Bay area of the Los Angeles Metropolitan area. He is the Interact District Governor where he has been working on many projects looking for new ways to improve clubs in his District. He completed a Youth Conference and is about to take part in a Christmas Train to Mexico at the end of 2005. They will bring gifts to the children of Mexico who are not as fortunate as others. 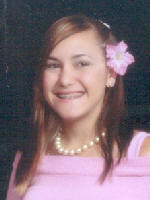 Cassie was born in California and has traveled all over the world with her family and United States Marine father. The experience has opened Cassie’s eyes to the world outside the comfortable borders of the United States. She has seen poor children in the street in the Philippines and Mexico that has awakened a desire to help others. Rotary has given her an avenue to begin that work.

She is a high school senior in the high desert east of Los Angeles and is President of her Interact Club and has been an active member since 2002. She is the EarlyAct liaison for the club that offers opportunities for service for grades 3-6. She became a Paul Harris Fellow after raising $100 for PolioPlus in a 24-hour walk-a-thon. Membership in the Interact Club exceeds ten percent of the student body.

Cassie was named Interactor of the Year for 2003-2004. She attended RYLA in last year and returned this year as an Alumni.

In 2005 she attended the Rotary International Convention in Chicago.

Her plans include College and participation in Rotoract. 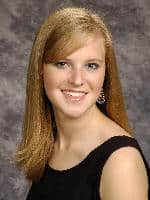 Kristi Butterworth is a senior at a high school in northern San Diego County, California. Over the past few years, she has participated in numerous school and community activities. She is President of CSF, Director of Community Relations of Interact, and Club Commissioner of ASB. She is also a member of Madrigals choir and her school’s literary magazine club. Through ASB, Interact, and Rotary, she has attended several leadership conferences such as Rotary Youth Leadership Awards (RYLA), California Association of Directors of Activities (CADA), and FUHS Leadership Camp. Kristi volunteers at a skilled nursing facility and retirement home and is volunteering as a tutor at the Self-Improvement Academy for students attending her high school. Last holiday season, she co-organized a drive to donate items to the wounded Marines, resulting in over $1500 worth of items. Kristi was recently awarded her high school’s Outstanding Senior Girl Award for 2005-2006. Other recognitions include A-Team Award 2004 & 2005 (4.0+ GPA), Principal’s Honor Roll 2003-2005, and Warrior Head Award 2005. She has been dancing ballet for fourteen years and was accepted to dance at Westside School of Ballet summer of 2004. Kristi hopes to attend UCLA in the fall. 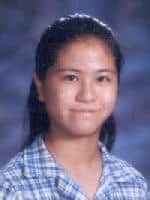 Sophia is a senior attending high school in Los Angeles County. Traveling to South Korea as a youth ambassador and attending a congressional student leadership conference in Washington D.C. has helped her discover an interest in politics and international relations. With that in mind, she has become an active participant in community service. Volunteering for the community has helped her better understand her surroundings and the changes that need to be made.

The Interact Club has challenged Sophia’s leadership skills. As President of her school’s Interact Club, with over 150 members, she has learned to understand the ideals of “quality and not quantity” and “service-above-self” and to be willing to sacrifice for the greater good.

She plans to attend a University in either the West or East Coast and study global affairs and human behavior. 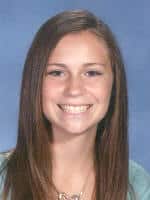 Riann is a high school sophomore and is currently involved in student government, Interact, FCA (Fellowship of Christian Athletes), Foreign Exchange Club, Science Club and she plays tennis for her high school. She is a 4.0 student and currently lettered in Academics. She loves helping out in the community and really enjoys Interact Club and Student Government. She plans to go to one of the universities in the UC system, and wants to major in a field of physics, biology or design. 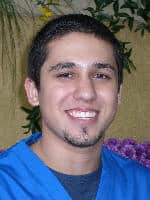 Salomon is a devout Muslim who tries to the fullest of his abilities to follow al1 five Pillars, or tenets, of Islam. He speaks Farsi, English, and Spanish fluently, and has just recently taken up French. In addition he was a lineman for his school’s football team has been taking tae kwon do classes and has a black belt. As an Afghan, he is involved in promoting events that result in community building, including athletic, cultural, club night, concerts, book talks, and fundraisers that promote Afghan identity , solidarity , and unity .His goal is to spread awareness of his native culture and tolerance of his religion throughout the world.

Salomon has been an intern for Representative Loretta Sanchez, and has worked on political campaigns.

He expects to graduate from high school as a Valedictorian and continuing his education at a university. He would like to have a political career after graduating from law school. One day he hopes to work at the United Nations.