Each year the Rotary Rose Parade Float Committee hosts the International Service Club President’s Summit during the last week before the Tournament of Roses Parade. The next Summit will be  held on Sunday, December 30, 2018, at The Huntington Library, Art Galleries and Botanical Gardens in San Marino, California. The site is about a mile south of Colorado Boulevard in Pasadena where the parade will be held on January 1. 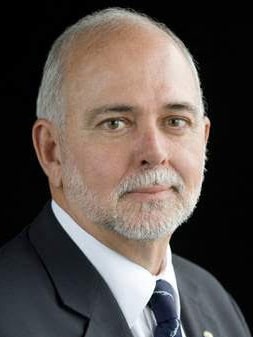 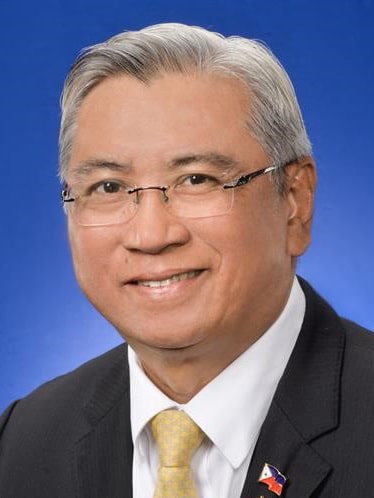 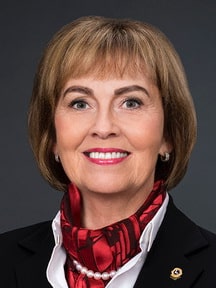 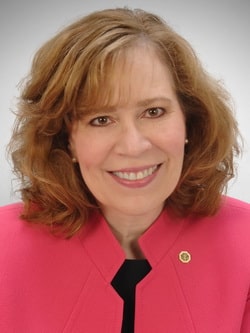 Barry Rassin earned an MBA in health and hospital administration from the University of Florida, and is the first fellow of the American College of Healthcare Executives in the Bahamas. He recently retired after 37 years as president of Doctors Hospital Health System and continues as an adviser.  He is a lifetime member of the American Hospital Association and has served on several boards, including the Quality Council of the Bahamas, Health Education Council, and Employer’s Confederation.

A Rotarian since 1980, Rassin has served Rotary as director and is vice chair of The Rotary Foundation Board of Trustees. He was an RI training leader and the aide to 2015-16 RI President K.R. Ravindran.

Rassin received Rotary’s highest honor, the Service Above Self Award, as well as other humanitarian awards for his work leading Rotary’s relief efforts in Haiti after the 2010 earthquake there. He and his wife, Esther, are Major Donors and Benefactors of The Rotary Foundation.

Poly has been a Kiwanis member for 27 years. He became President of the Kiwanis Club of Intercity Homes in 1991, Lieutenant Governor in 2000, and served as Governor for the Philippine Luzon District in 2011-12. He is also a Charter Member of the Kiwanis Clubs of Manila Bay and Fort Bonifacio Global City.

Poly, a Charter Walter Zeller Fellow and George F. Hixson Fellow, is one of the Distinguished District Governors honored in the 98th Annual Kiwanis International Convention in Vancouver, British Columbia. He was also a recipient of the Presidential Inspiration Award and Legion of Honor.

Kiwanis ASPAC conferred on him the Awards as Champion in New Kiwanis and SLP Club Building for organizing 28 New Kiwanis Clubs and 17 New SLP Clubs within his term. At the ASPAC convention in Colombo, Sri Lanka, the Philippine Luzon District also won ASPAC’s Best Service Project Award to complete the Grand Slam. On top of these recognitions under his leadership, Kiwanis received The Outstanding Philippine Leadership Excellence Award in Philanthropy (TOPLEAP Award) for Environment, from a joint project of the Rotary Club and Junior Chamber International.

At the recently concluded 2015 ASPAC Convention, he was presented the Centennial Award, the first for members of Kiwanis Asia-Pacific, and was also conferred Special Ambassador of Project: Eliminate MNT for the Philippines.

A Senior Officer of the Philippine National Bank, Poly spends his non-Kiwanis time playing tennis, badminton, chess and having fun with his family and friends.

International President Yngvadottir is a biomedical scientist and has worked in research, education and management. Since 1990 she has worked at the University of Iceland as Vice Director at the Institute of Continuing Education.

A member of the Gardabaejar Eik Lions Club since 1992, President Yngvadottir has held many offices within the association, including district governor council chairperson. She has dedicated her service to children and youth, membership and leadership development, health and wellness, including vision and diabetes, environmental projects and Lions Clubs International Foundation (LCIF).

President Yngvadottir served as international director 2010-2012 on the Leadership Committee, as chairperson the second year; 2011-2013 on the Women’s Task Force; 2012-2013 she was a board appointee on the District and Club Service Committee; and 2013-2014 on LCIF Governance Ad Hoc Committee.

In addition to her Lions activities, President Yngvadottir is active in numerous professional and community organizations, including the Icelandic Association of Biomedical Scientists and has been its representative for cooperation between Scandinavian and European scientists.

President Yngvadottir and her husband, Dr. Jon Bjarni Thorsteinsson, a past international director and a Progressive Melvin Jones Fellow, have one son, one daughter and six grandchildren.

Rebecca retired from IBM in 2017 following a 32-year career in a range of national and global marketing leadership roles across IBM’s portfolio of software, services and systems, after beginning in a sales role in Des Moines, IA. Most recently, she served as Director of Global Marketing for IBM’s consulting business responsible for global marketing strategy and demand generation. She concurrently served as Senior State Executive for IBM in Iowa, with leadership for IBM’s employee community engagement and government relations.

Rebecca is a native of Red Oak, Iowa, and holds a Bachelor of Science in Business Administration from Drake University, with majors in Marketing and Human Resource Management. She has held a number of alumni volunteer leadership roles at Drake University, and currently sits on the Executive Committee of the National Advisory Board for the Donald V. Adams Leadership Institute (DVALI).

Rebecca is married (to Mike – also an Optimist member), and is the proud mom of two teen-agers (Amanda and Alex).